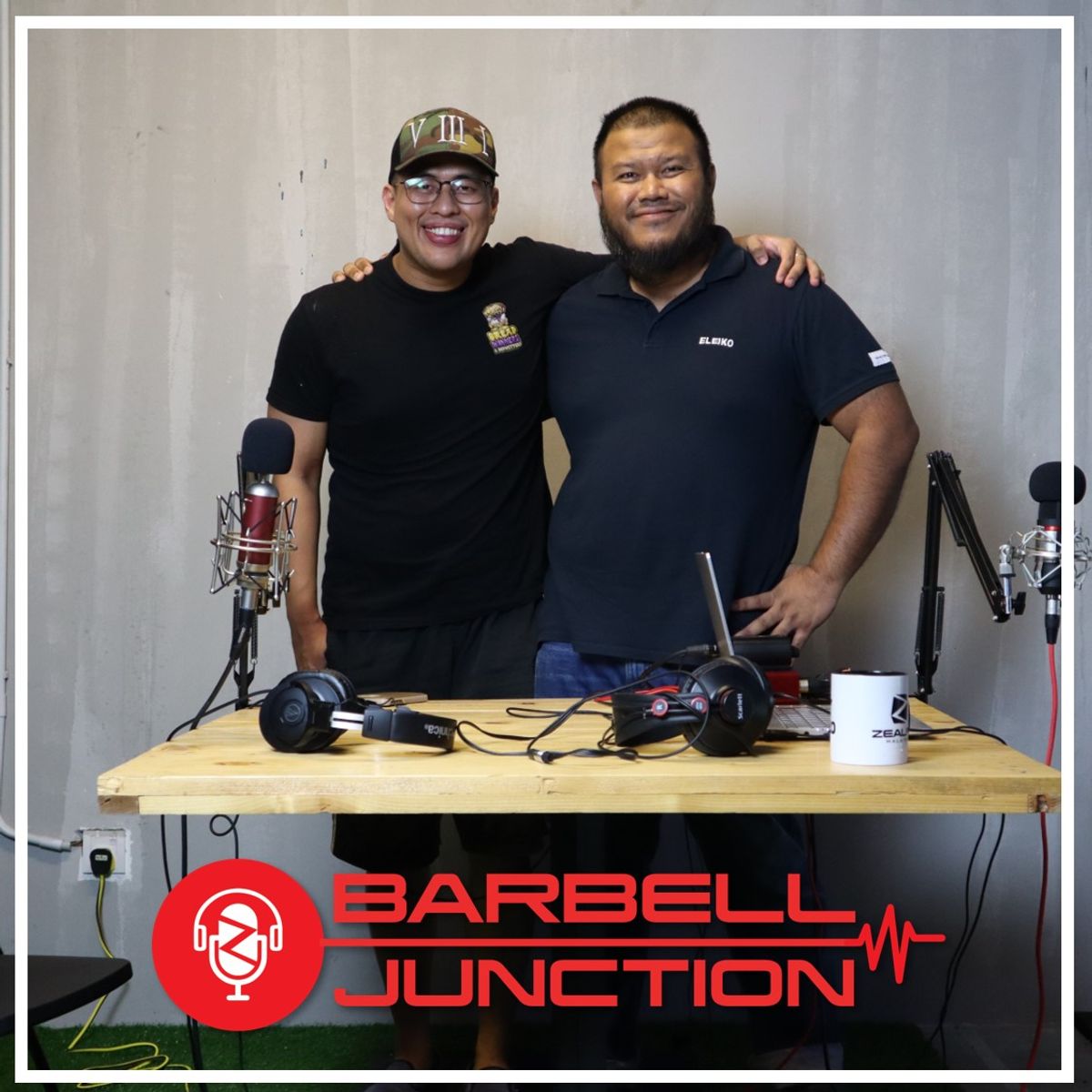 Last Sunday, I interviewed Brandon Cheok for Episode 16 of Barbell Junction podcast. Brandon is a member of Zealfit and in this episode he shared with me his training program, which is the 5-3-1 system by Jim Wendler.

I have always been fascinated by Brandon's discipline and meticulousness in training. This is not to say that other lifters that train here are not, but he's just on another level, at least from my point of view.

In order to understand this, you'd probably need to know the guy. He is focused and driven by the day's training objectives. He keeps his training logs in a Buku Nota (notebook) and jots down every single thing in it, including the position of the J-cups on the rack. Yes, he actually counted the holes and noted it down! When I asked him, "Are you counting the holes?". His answer was "Yeah, so that I don't have to figure out the height next time. Save time."

Whenever he comes in, his gait metronomic and matter of factly, he'll go right to the back - a Sheldon-esque claim to "his spot" - until I rearranged some equipment a fortnight ago. He seemed lost. Don't know where he's supposed to put his gym bag anymore. Until, of course, he found another spot, but, as he puts it, "It doesn't feel the same".

His phone is always switched off from any personal or work distractions. He claims his boss knows that when he doesn't answer the phone... that means his at the gym. It's me time. Shoo. Go away.

Brandon takes forever in the gym and I don't mean this in a negative way. Of all the powerlifters here - yes all 7 of them - he is the only one who noticeably, like literally you can't unsee him, warm up and foam rolls. That's because it takes him 20 minutes just to warm up. 20 minutes! And he does it every single time.

Then comes the training itself, which takes roughly 2 hours. I know this sounds silly, probably because I'm not a powerlifter or I just don't know better, but when he approaches his lift, there's a certain military-like precision. In his head, he runs through all the pre-lift checklist - toes out, shoulders back, chest up, eyes front, A-TEN-HUT!!! I guess the only I can describe it is if your body can enunciate, that'll be how Brandon does things.

The level of detail and attention he puts into his training is nothing short of staggering. His conviction of the 5-3-1 training program and trust in the process is palpable.

This is why I say he's different from the rest. Not good, not bad, just different and I can't help but admire the dedication and discipline. Add to all this, Brandon is a stand up guy, a really good person who's never shy to offer help to beginner lifters at the gym.

I am sure his style of training is not every one's cup of tea and vice versa, but one thing's for sure, you can definitely learn from his dedication and training discipline.

You can watch Brandon's interview here

What It Takes To Be A World Champion Powerlifter
Aug 07, 19